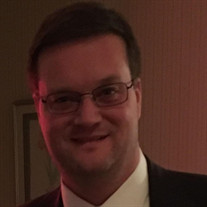 Jeffrey Joseph Kandravy, age 55, of Middletown died Monday, March 30, 2020, at Bayshore Community Hospital of Holmdel, NJ. Jeff was born in Passaic, NJ, and was the son of the late Joan (Vincek) Kandravy, the late Frank Kandravy, Jr., and his wife, Carol O’Brien, currently of the Villages, FL. He grew up in Fairfield, NJ, and attended Neumann Prep High School in Wayne, NJ. He earned a Bachelor’s degree from Jacksonville University in FL, where he became a proud member of the Sigma Nu fraternity. Upon returning to NJ, Jeff was employed by Horizon BCBS of NJ as an IT Technician, where he met his loving wife Cheryl (Sagalewich) Kandravy. They settled in Middletown to raise two beautiful daughters, Brianna and Megan. Cheryl, Brianna, Megan, and his favorite Shih Tzu “Misty” were his pride and joy! Most recently, Jeff was employed as a Sales Agent by Norwood Auto Parts, Belford, NJ. Jeff belonged to the Knights of Columbus, Vincent Lombardi Council 6552, TMIY, at Saint Mary Mother of God Church (Middletown). He enjoyed sports and especially loved his March Madness, his NY Giants, and his NY Rangers. He was a great fisherman and enjoyed day trips and vacations with his family. Jeff was a kind, giving, hard-working man who was a wonderful father, husband, son, brother, son-in-law, brother-in-law, uncle, cousin, friend, a Knight of Columbus, who is very much missed and will always be loved by many. If one called on Jeff for help, no matter what time of day or night it was, he was ALWAYS there to assist. It is heartwarming to know and see how loved this special man was, and how many lives he touched in such an amazing way in his lifetime. In addition to Cheryl, Brianna, and Megan, Jeff is survived by one sister, Ellen Pezo, and her husband Hallder, of Totowa, NJ. Jeff was a loving uncle to Adam and Derek Pezo, and a kindhearted nephew and cousin. A Memorial Mass will be celebrated at Mary Mother of God Church in Middletown at 10:00 AM on July 17, followed by the burial of cremated remains at Mt Olivet cemetery. The John P Condon Funeral Home in Leonardo is in charge of the arrangements. The family asks that NO FLOWERS be sent to the Church, please make donations to Knights of Columbus 872 Leonardville Road Leonardo NJ 07737 or the ASPCA 260 Wall Street Eatontown NJ 07724 In Jeff"s memory.

Jeffrey Joseph Kandravy, age 55, of Middletown died Monday, March 30, 2020, at Bayshore Community Hospital of Holmdel, NJ. Jeff was born in Passaic, NJ, and was the son of the late Joan (Vincek) Kandravy, the late Frank Kandravy, Jr., and his... View Obituary & Service Information

The family of Mr Jeffrey Kandravy created this Life Tributes page to make it easy to share your memories.

Send flowers to the Kandravy family.