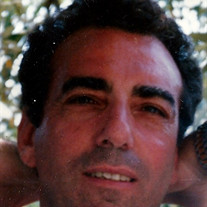 Justin D’Aguanno died peacefully at home in Atlantic Highlands, NJ on May 3, 2014. He was 74. Justin was born on September 1, 1939 in Villa St. Lucia, Italy, moving to New York City from Italy with his family in 1948 following World War II. He served in the U.S. Army in France from 1961 through 1963. For forty years, Justin owned and operated a printed circuit board manufacturing company, Applied Circuits, Inc. in Brooklyn, New York. In 1993, he moved to Atlantic Highlands, NJ where he would go on to be an active member of the community as a member of the Atlantic Highlands Chamber of Commerce and the Atlantic Highlands Planning Board. He was a communicant of St. Agnes Church Catholic Church. Justin maintained a life-long love of boating, skiing, flying, travel, opera, and his family. His life, which started in the midst of the chaos of World War II and went on to achieve great professional success and personal happiness in the United States, truly epitomized the American Dream. Justin is predeceased by his parents, Francesca and Rafaele D’Aguanno. He is survived by his wife of 21 years, Teresa D’Aguanno of Atlantic Highlands, daughters Julia D’Aguanno and Monica D’Aguanno of Atlantic Highlands, stepdaughter Sara Brown of Washington, DC, and stepson Kyle Brown and wife Malika of Gillette, NJ and grandson, Dylan. He is also survived by his brother, Pasquale D’Aguanno and his wife Linda of Palm Coast, Florida and sister, Bruna D’Aguanno. Visitation will be held on Monday May 5 from 6-9 pm at John P. Condon Funeral Home, 804 New Jersey Route 36, Leonardo, NJ 07737. Funeral on May 6 11:00AM at St. Agnes Church, 103 Center Avenue, Atlantic Highlands, NJ 07716. In lieu of flowers, the family kindly request donations to be made to the Barnabas Health Hospice and Palliative Care Center though the Barnabas Health Foundation at 95 Old Short Hills Road, West Orange, NJ 07052, http://www.barnabashealthfoundation.org/giving/how.html

Justin D&#8217;Aguanno died peacefully at home in Atlantic Highlands, NJ on May 3, 2014. He was 74. Justin was born on September 1, 1939 in Villa St. Lucia, Italy, moving to New York City from Italy with his family in 1948 following World War... View Obituary & Service Information

The family of Mr Justin D'Aguanno created this Life Tributes page to make it easy to share your memories.

Send flowers to the D'Aguanno family.