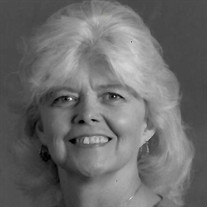 Patricia “Pat” Murray, age 78, of Atlantic Highlands, passed peacefully on Monday, February 17, 2020, at Care One at King James with her family by her side. Mrs. Murray was born in Long Branch, NJ, and was a lifelong resident starting in Highlands and continuing in Atlantic Highlands and was very proud of her Clam Digger heritage. She was predeceased by her parents, the late Francis and Eileen Schmedes, her sister Edith Schmedes Debbs, brothers-in-law Patrick “Eugene” Murray, Thomas Murray, Michael “Mickey” Debbs, John V. Mistretta and Son-in-law Scott Barratt. She lost the love of her life on April 25, 2017, her husband of 55 years, Peter J. Murray Jr. A joyous reunion is happening as we speak. Pat was, as much as she could, very active. She loved government and her community. She started as a member of the student government for Atlantic Highlands High School and proudly served Atlantic Highlands as a Councilwoman, where she served on the Harbor Commission and as the Police Commissioner. For her family and the youth of our town, Pat was a commissioner for the Recreation Committee, and a coach for the Pop Warner Cheerleaders, one of the first coaches for St. Agnes softball and Sandy Hook Little League girls’ softball where she lead her team to the States Championships. She is survived by her sister Arlene Dorsey, daughters Theresa Barratt; Patricia and son in law Barry Lesser, son Peter and Daughter-in-law Diahann Murray, son Daniel and Daughter-in-law Nicola Murray, and son Andrew Dunn; 5 grandchildren Jimmy and grand-daughter in law Laura Murray, Alex, Andrew Jr., Alyssa, Declan and Codan; and Great-grandchildren Wyatt and Virginia and many nieces, nephews, family, and friends. And of course, Uncle Larry, whom she still wonders what she would do without him. Calling hours will be Friday, February 21, from 5:00-8:00 at John P. Condon Funeral Home LLC, 804 St. Hwy. #36, Leonardo, NJ. The funeral will be held at 10:00 am on Saturday, February 22, at St. Agnes Church, 103 Center Ave, Atlantic Highlands, NJ. Cremation services will be private.

Patricia &#8220;Pat&#8221; Murray, age 78, of Atlantic Highlands, passed peacefully on Monday, February 17, 2020, at Care One at King James with her family by her side. Mrs. Murray was born in Long Branch, NJ, and was a lifelong resident starting... View Obituary & Service Information

The family of Mrs Patricia Murray created this Life Tributes page to make it easy to share your memories.

Send flowers to the Murray family.