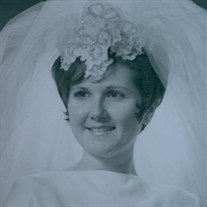 Theresa Dziedzic, age 79, of Highlands, passed away peacefully Friday, October 15, 2021, at Riverview Medical Center of Red Bank, NJ. Theresa, affectionately called “Saint” Theresa by her family, was born in Brooklyn to John and anna Mooney and lived most of her life in Highlands. She attended St. Gregory Grammar School until her family moved to Highlands. She then attended Our Lady of Perpetual Help Grammar school and was in the first graduating class in 1956. She then attended Red Bank Catholic High School. While there, she met her lifelong friends Jo Benedetto, Barbara Bremekamp, and Lois Gleason. Meeting regularly for lunch and family events up until the present. She graduated RBC in 1960 and went to work for the National Bank in Little Silver as a secretary. She later worked for the Consolidated Water company in Long Branch. In the Summer of 1968, she met Her Husband, Stan, at the Tradewinds Beach Club. She became an avid Jets and football fan and attended all the games at Shea Stadium. Her favorite player was Don Maynard. When the team moved to Giants Stadium, she enjoyed tailgating for many years with family and friends. She enjoyed Tent Camping with family and friends. The yearly trips to Marthas Vineyard will always be remembered as the best of times. She was very active with the OLPH School serving as Treasurer and President. She was a member of the Lunch Room Mothers, a Playground Monitor, and was involved with many fundraisers. As her sons moved on to High School and College, she embarked on her second career as a Hostess at the Lobsterman Restaurant in Leonardo. She later moved on to work at Globe Petroleum in Red Bank and then Central Jersey Radiology in Oakhurst. When She retired, she enjoyed her time spent with her granddaughters and traveling with her husband. She particularly loved a summer-long road trip across the US and Alaska. She was an inspiration to her family. Two open-heart surgeries to replace valves and numerous other health issues over the years failed to keep her down. Her love of family kept her going. She is survived by her husband Stan; Sons Andrew and Matthew; 1 daughter in law Janine; 4 granddaughters Jenna, Gabriella, Lily, and Gianna; her sister Peggy Alexander and many nieces and nephews. At 10:00 am on Wednesday, October 20, the funeral will be held at Our Lady Of Perpetual Help Church, 141 Navesink Ave, Highlands, NJ. Burial will be in Mt Olivet Cemetery, Middletown, following the mass. Calling hours will be Tuesday, October 19, from 05:00-08:00 at John P. Condon Funeral Home LLC, 804 St. Hwy. #36, Leonardo, NJ. In lieu of flowers donations maybe be made to Red Bank Catholic School at redbankcatholic.org

The family of Mrs Theresa Dziedzic created this Life Tributes page to make it easy to share your memories.

Send flowers to the Dziedzic family.