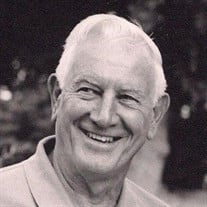 Thomas George Kozak, 89, of Atlantic Highlands passed away on February 19, 2021 at Riverview Hospital in Red Bank. Born on February 22, 1931 at the family home in Atlantic Highlands, he was the tenth and youngest child of John and Catherine (Kissel) Kozak, both of whom emigrated from Poland in the early 20th century. As the baby of the family, Tom was spoiled by his older siblings, particularly his three sisters, Catherine, Mary, and Anna. He attended St Agnes Elementary School in Atlantic Highlands and Red Bank Catholic High School, graduating in 1948. Immediately after school he began working at Gardner Denver in NYC, with his brother, Mike. He joined the U.S. Navy in 1951, and proudly served on the USS Edisto, an icebreaker, during the Korean War. Honorably discharged in 1955, Tommy began working at NJ Bell Telephone Co. in Shrewsbury, NJ. Tommy claimed to be a “lowly cable splicer” during his time with the phone company, but, along with his friend Bill Slocum, he was known for his knowledge and expertise. In 1994 he retired from Bell Atlantic after 39 years. On October 11, 1958 Tommy married Mildred Dolan of Leonardo at St Agnes Church. They built their home on Harbor View Drive in Atlantic Highlands and raised four children there. Tom enjoyed working with his hands, and was a gifted woodworker. As well as building many of the wood furniture in the home, he crafted many pieces as gifts for others. Living on the bay, he also enjoyed fishing on the boat he owned with a neighbor, fixing cars or machinery in the garage, or tinkering at his workbench in the cellar. Rarely were his hands idle. He lived by a motto his father taught him, that everything be returned to the place it was found, so he was always organizing his space. After retiring from the phone company, Tommy kept busy with Millie. Well into his 70’s he could be found working on a project around the house, helping one of the kids with their home projects, or watching one of the grandchildren. They also enjoyed traveling, both on vacation or visiting loved ones. Days were filled helping friends and neighbors. As volunteers for the American Cancer Society, they drove patients to their appointments. Tommy was a member of the Atlantic Highlands Fire Police, as well as the St Agnes Seniors group. He also had a beautiful singing voice and was a member of the St Agnes Choir. He enjoyed listening to and singing opera, and in his younger days enjoyed going to the Metropolitan Opera with his brother Andrew. Tommy was predeceased by his parents, as well as his nine siblings: Frank, John, Msgr Joseph, Stanley (Bubby), Mike, and Andrew Kozak, and Catherine Palmatier, Mary Chambers and Anna Kozak. He is survived by his loving wife, Mildred, who remains at home, and his children: Mary and Jim Fleitz (Peekskill, NY), Thomas and Debra Kozak (Bloomingdale, NJ), Carol and Robert Pyburn (Union Beach, NJ), & Jean and Russell Mount (Navesink, NJ). Also, his grandchildren, who loved their PopPop beyond words: Nicholas and Jacquelyn Kozak, Megan and Daniel Fleitz, Anna Mount, and Zoey Pyburn. Tommy is also survived by his sisters-in-law Joyce (Stanley) Kozak, Eleanor (Roger) Dolan, and Rita (John) Haimbaugh, as well as over 100 nieces and nephews! A man of deep faith, Tommy was a communicant of St Agnes Church in Atlantic Highlands. His funeral Mass will be celebrated there on Thursday, February 25, 2021 at 11:00am . Arrangements are under the care of John P Condon Funeral Home in Leonardo, NJ. Due to Covid restrictions, a brief wake will be held there prior to the Mass, from 9:30 – 10:30 am. In lieu of flowers, please consider a donation to St Agnes Church, 103 Center Avenue, Atlantic Highlands, NJ 07716, or the Alzheimer’s Association of NJ, 425 Eagle Rock Ave #203, Roseland, NJ 07068.

The family of Mr Thomas G Kozak Sr created this Life Tributes page to make it easy to share your memories.

Thomas George Kozak, 89, of Atlantic Highlands passed away on...

Send flowers to the Kozak family.