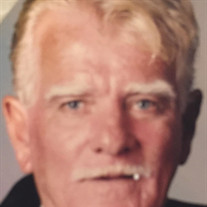 Timothy M Houlihan, age 76, of Atlantic Highlands, died Sunday, November 22, 2015 at Monmouth Medical Center of Long Branch, NJ. Mr. Houlihan was born in Staten Island, NY and lived in Belford most of his life. He served his country honorably in the Army. He owned and operated the commercial fishing boat The Irish Lady working with the Belford Fishing Co-op later he worked with the General Laborers Union Local 472 as a Foreman until he retired. He was a communicant of St. Catherine’s Church in North Middletown. As a friend of Bill W., for 38 years, he dedicated his life to helping others change their lives. He is predeceased by his parents Timothy and Mary Houlihan and his Ex-Wife Nancy Houlihan. He is survived by his children son Timothy Houlihan Jr, daughter Shawn Houlihan, son Scott Houlihan; and his daughter Heather Stockman; grandchildren Timothy III, Christian, Graham, Logan, and Kaegan. He is also survived by a sister Maureen Houlihan Hayward, his brother Martin Francis Houlihan, many nieces and nephews; and his ever faithful canine companion Josh. Calling hours will be Tuesday, November 24 from 2-4 and 7-9pm at John P. Condon Funeral Home LLC, 804 St. Hwy. #36, Leonardo, NJ. A Mass of Christian burial will be held 9:30 am on Wednesday, November 25 at St. Catherine’s Church, 5 Shore Acres Ave, Middletown, NJ. Burial will be in Fairview Cemetery, Middletown following the mass. In Lieu of flowers expressions of sympathy can be made to St. Jude Children’s Hospital 501 St Jude Place Memphis, TN 38105

The family of Mr Timothy M Houlihan Sr created this Life Tributes page to make it easy to share your memories.

Send flowers to the Houlihan family.